There’s a new little soul running around our edible gardens, her name is Pearl.

After losing our beautiful gardening friend Poppy last May, we didn’t think we’d find another doggy for quite some time. Poppy had been at a couple of homes before she arrived to our house, breezing in the front door at age 2. We thought she was 3. She was a large Pomeranian and enjoyed hopping into flower pots. She loved to sit under the baby’s bassinets and we saw her chase off a huntsman spider when our son was just a toddler on the floor. She nannied them and made sure they were always alright.

These days, with many people staying close to home, we found that there are not many rescue dogs available for adoption. Some that we looked at did have very severe problems, they wouldn’t be suited to going home with a family that had children. Never having had a puppy ever before, we were resigned to the fact that we’d know when the right little personality came along. It dawn on us that it could be a few years down the track before we'd find the perfect match.

Then in October, a friend posted a photo about a litter of Smithfield puppies that her friend had and we were keen to find out more.

Our 10 year old son , who was pining for a new dog, had a list of requirements this time. An active dog, who would play fetch, love the outdoors, swimming and exploring, running around the farm,  who could be trained to do tricks and be his best friend. It was clear that he was basically looking for a dog that had his own personality.

After a bit of research we found out that the Smithfield’s matched his temperament well. A real Aussie dog, they aren’t a recognised breed, but have been knocking around Australia for the last couple of hundred years after arriving wth cattle from England. They evolved to become a loveable lick your face cattle dog.

Pearl's mum is a Queensland Smithfield, and her dad a Tasmanian Smithfield, so she has a long swishy tail and is a little bit fluffy with an attractive beard coming in. 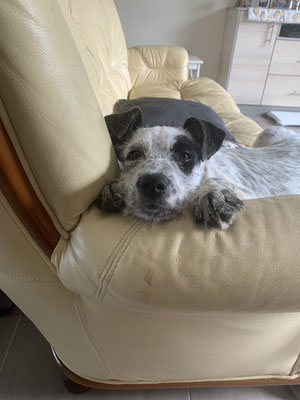 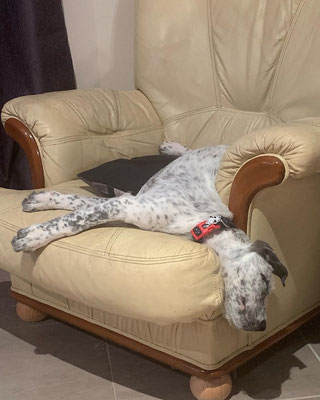 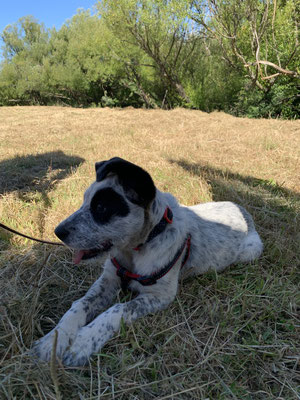 After 6 weeks we received a bunch of photos and Pearl (who looked very dainty crossing her legs like Poppy used to) stole our hearts. . So at the very end of November we collected her. When we hopped out of the car, she was at our heels, finding us instantly and we felt it was meant to be.

Since we never had a puppy before, we have already learnt so much: 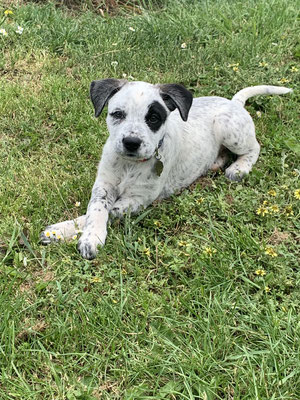 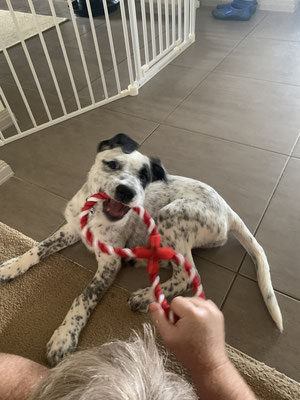 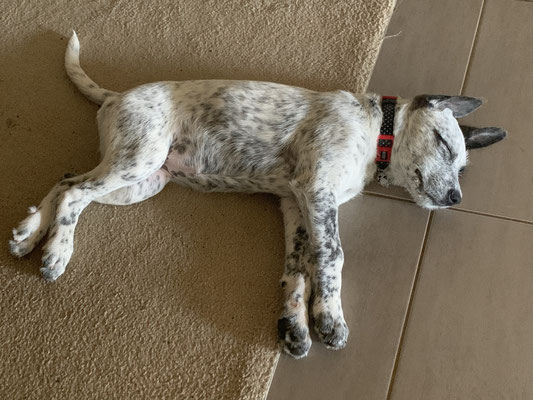 The funny things she does...

New animals in the garden cause a stir...

Not all is plain sailing and wonderful though, as you can read below. There is always a shift in energy in the garden when a new animal is introduced. The chickens noticed Pearl straight away, and while used to our old dog, were also not prepared for a puppy. Head chicken Zelda hopped up on the feeder and vocalised her objection to Pearl's presence on  one occasion. Like a union rep, she was letting me know it was affecting them all. But animals eventually get used to one another, and I'm sure the crinkles will be ironed out as time goes by. 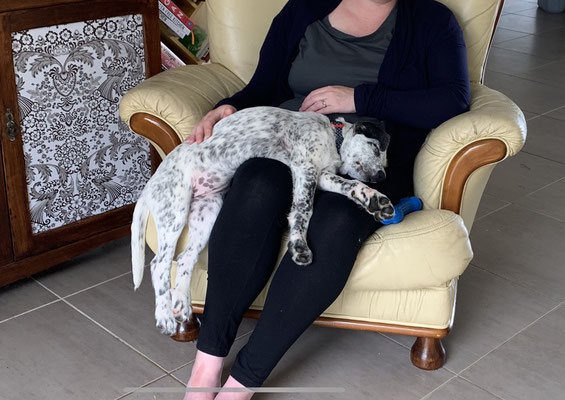 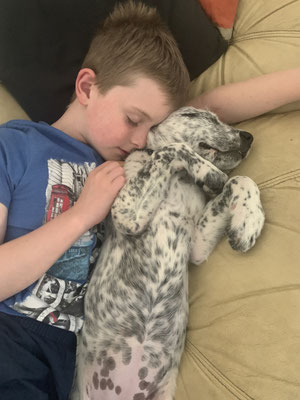 Our chicken house is bulletproof (designed by scientists, fox-proof, eagle-proof, the works), but one evening our son went in to collect eggs and left the back door off of it. Our adventurous superstar silkie called Queenie hopped out and began to explore under the lemon tree. Pearl went over to the sassy grey puffball and gave her a sniff, decided she was a chew toy and began to chase her around the garden.

All while I panicked and try to hold them both off each other at the same time. Pearl nearly had her by the neck when I managed to wrangle her free. Thank goodness she was completely unharmed. I gave her lots of kissed and cuddles while Pearl, looked up at me utterly confused. “Why is she kissing that bird?”, she must have thought.

I gave out to Pearl and she bowed down at my feet, her big beautiful paws draped over her ears and eyes, as she looked sorrily up at me through her fur.

Thankfully we have not had a repeat, and we know this is the juggle of having animals living together.  Some teething problems are sure to occur. All is not rosy in the garden in the beginning, while most of the time things will turn out fine! 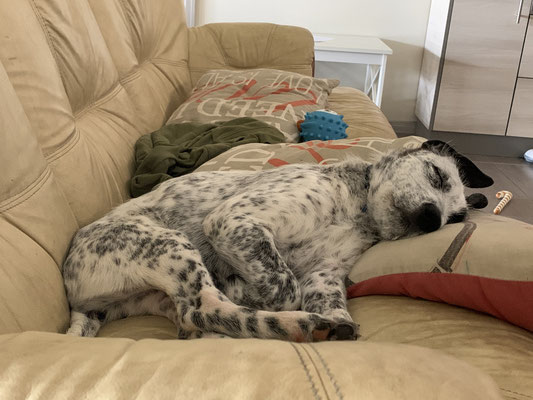 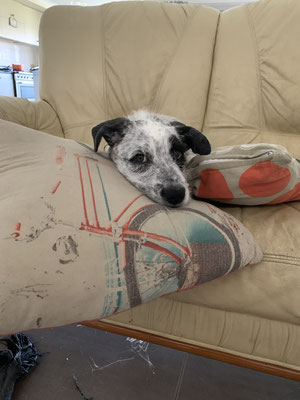 So after all that excitement during the last couple of months, we can say that it feels like Pearl has always been here. She’s brought plenty of laughs, happiness and cuddles along with loveable licks, energetic play and wonderful exercise for the kids.

Our confidence in training a puppy is growing daily and we know life with Pearl is going to be splendid.