No matter where we find ourselves, we love to visit a local garden. After all, the more gardens that we visit, the more ideas we can bring back home with us to our garden here in Australia.

I’m not the first gardener in my family thats for sure.  Actually the older I get, the more gardening stories I come across in my family history as it extends further back from me, and on multiple sides of the family too. These green thumbs run strong through these, probably, green veins. It’s a delightful surprise when another one pops up, whether in the past or the present, as I recently found my grand-aunt pottering around her amazing garden in Donegal, I found yet another kindred spirit.

When we visited the magnificent walled gardens of Kylemore Abbey recently this past Autumn, I was delighted to find the restored head gardener's cottage perched at the top of the undulating site, an ideal place really for gazing down at the daily goings on of the garden.

My great great grandfather, Daniel, was one of these head gardener's, although he was located further south in County Cork, and I was curious to look inside and catch a glimpse of something that would have been familiar to him and it was an amazing opportunity to show my sons what it was like for him and have that conversation that had real-life instant relevance to them.

Kylemore Abbey is unique because all of the gardeners quarters are still intact, including the bothy where the lowly apprentice gardeners and gardening workers resided. There were up to 40 gardeners working in the garden at a time and there were up to 300,000 trees alone planted some years in its hey day, when the Henry family owned it. After 1903 it fell into disrepair as there was no longer any gardeners to maintain it. When the Benedictine nuns came to establish Kylemore Abbey as a private girls school they again employed just one head gardener this time to help re-establish the walled garden, so they could grow their own produce

The cottage is grand, but this was a state of the art garden for its time, containing  a wondrous 21 green houses.  This was the top head gardening job in Ireland and many other head gardener's houses around the country were certainly not as grand as this house. The roof line was intentionally built to match the shapes of the arches over the gates of the epic walled garden, and while this luxurious house for the time was kitted out well, the other gardening apprentices were only a stones throw away in the bothy building next to the Head Gardeners house.

Looking out on the six acre walled garden from its comfortable sitting room must indeed have been a thing of pleasure for the Head Gardener, who may have worked his way up, beginning his career in a Bothy himself. The cottage sits snugly into the hillside and showcases the breathtaking borrowed views beyond the garden of the Connemara Mountains which envelopes the property.

The cottage features patterned floor tiles, period furniture, well stocked kitchen, and bedrooms, the displays inside are changed periodically, when the season changes, fresh flowers lay on the tables and it is even decorated for Christmas. There is a sense of life around this house still and its a pleasure to indulge in thoughts of what life may have been like. Idyllic in the cottage, but probably not so much in the Bothy. 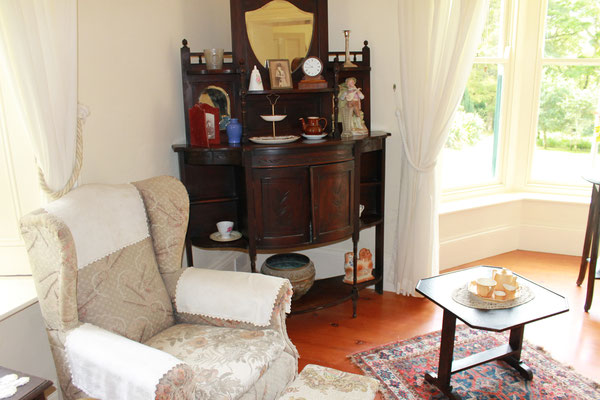 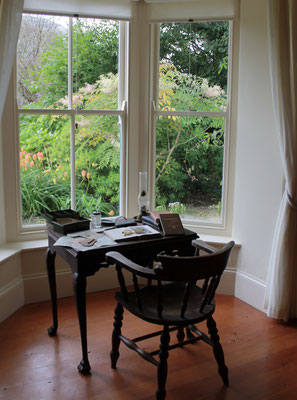 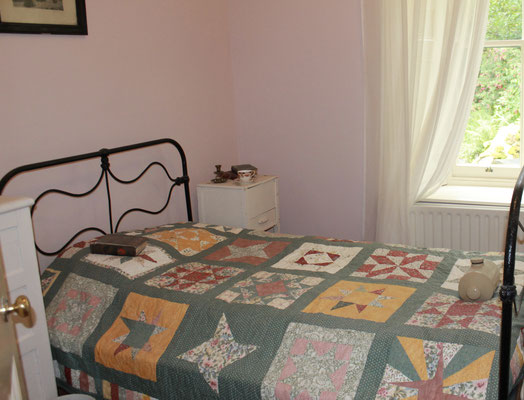 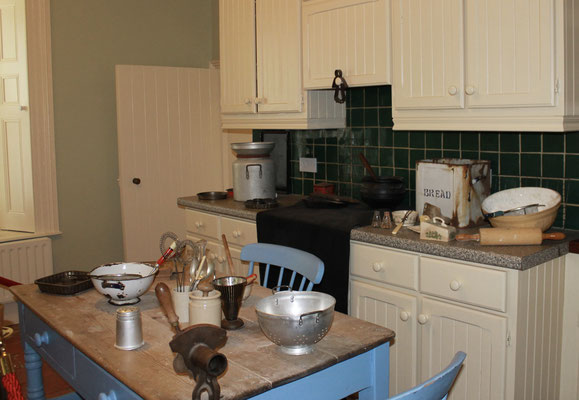 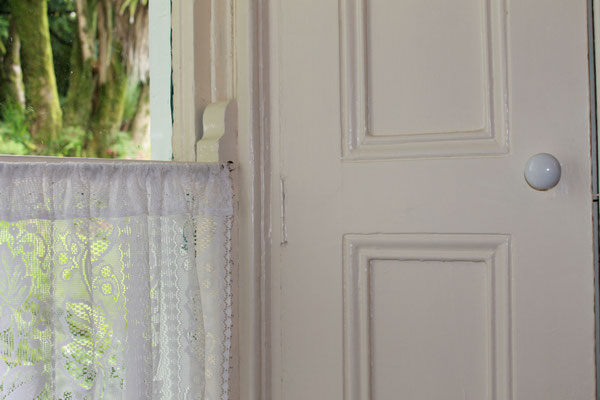 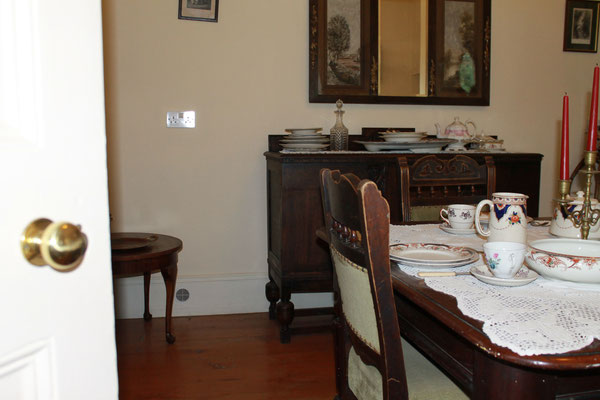 The Bothy next door, while also is decorated nice for visitors today, was basically a free boarding house for the gardening workers and apprentices. It is a small space considering the amount of workers who would have kipped for the night inside. They had the basics, cooking utensils, table, and warm fire for those cold nights in the mountains. It’s said that the Mitchell Henry, the landlord, was a good employer, who paid them well for the time period, in other parts of the country, this would have varied.  While I have read much about the Victorian gardener, I relished in the glimpse into the reality of the Bothy. 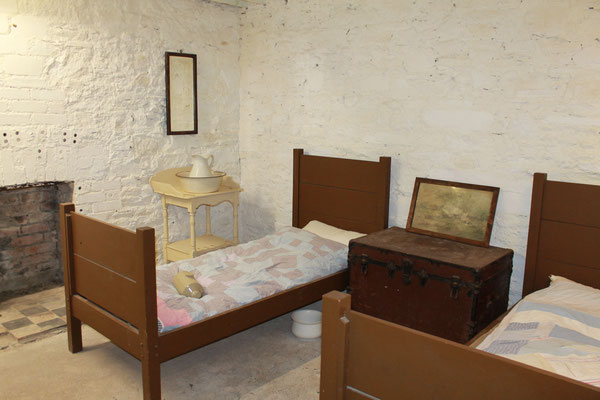 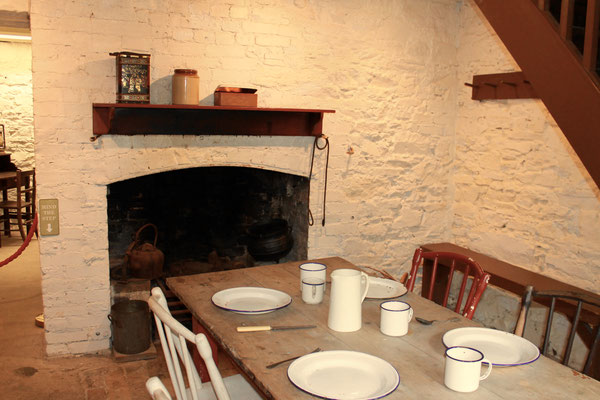 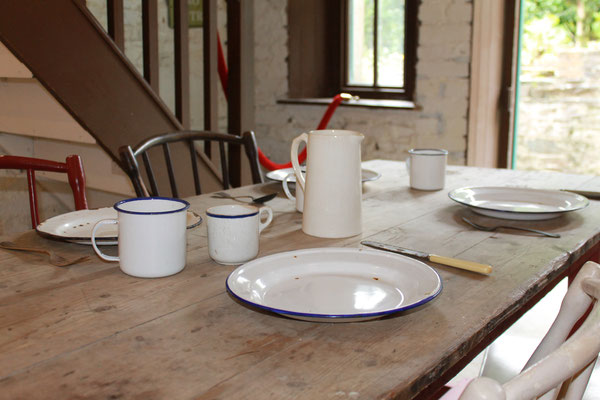 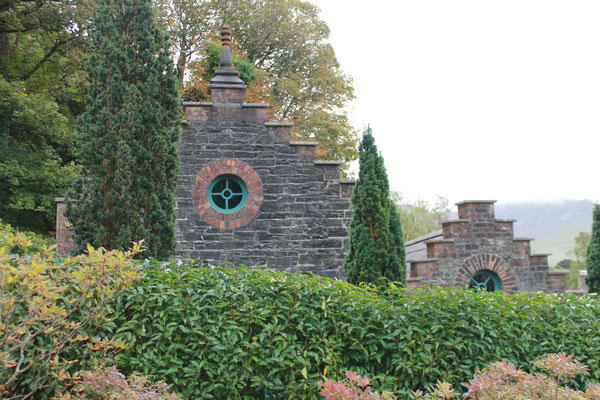 The adjoining shed to the bothy contains an impressive selection of tools found on the site, adding another dimension to the historical context of the garden. An array of large metal tools rest on the dirt floors and hang from the walls in horticultural dedication to the gardeners who toiled over the gardens with them. Fascinated with them, we spent at least half an hour observing them and trying to identify what each item was and what they were used for.  I was delighted that my sons were also intrigued.

All that remains of many of the glasshouses now are the exposed pipe works and brickwork. Two glasshouses have been restored to date and they are impressive to tour. They now contain RHS plants and random vegetables are on display when we visited.  It’s such a vast garden that I will have to take you around these parts in another blog post or two.

Many hours were spent enjoying this whimsical and unique garden, nevertheless the Head Gardener's house and bothy remains truly special to me and stands out in my mind. There will have to be a return visit.