After a long drive, while exploring the Great Ocean Road, we recently stepped out in Portland Victoria, to admire the the port itself, but instead I fell in love with one of the most exquisite botanic gardens I have ever seen.

It's a botanical garden, which was born in the late 1800's, and boasts a stone gardener's cottage, sprawling dahlia display, clipped croquet lawn and greenhouse sitting between glorious border beds and ageing trees. Then there's also the historic tram and tram stop that leaves right outside the gate.

When we spotted the Dahlia's, we thought we might be hopping between rows and enjoying a recent feature, but Dahlia's have been a highlight of these gardens since the early days.

Introduced by the first curator Willian Allitt, the existing Dahlia beds were laid out in 1884 – 1885 and between  early February and late April create an impressive display. There are 1,350 Dahlia plants, including over 180 varieties. We had fun walking up and down the rows, admiring the colour combinations and choosing varieties that we can grow ourselves next year. Conveniently, many of the varieties were tagged and it was easy to view their names. 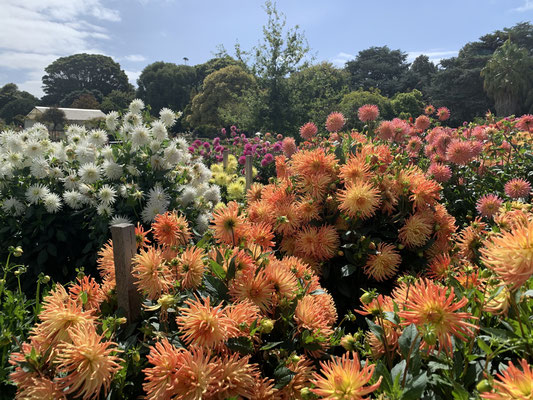 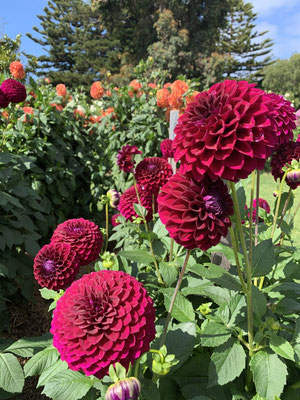 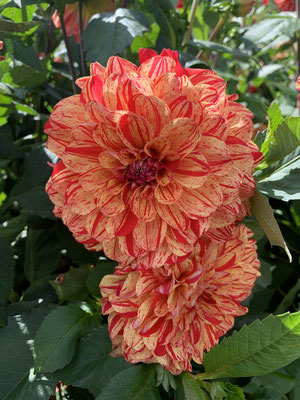 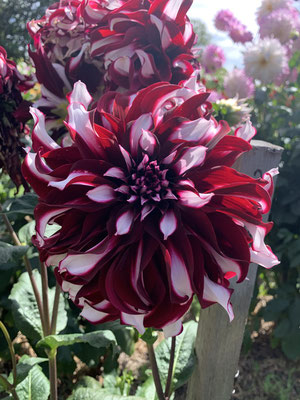 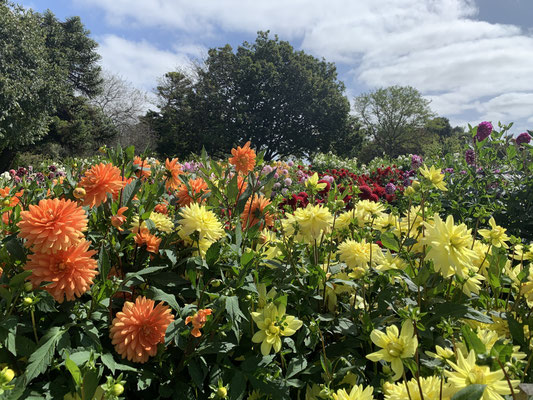 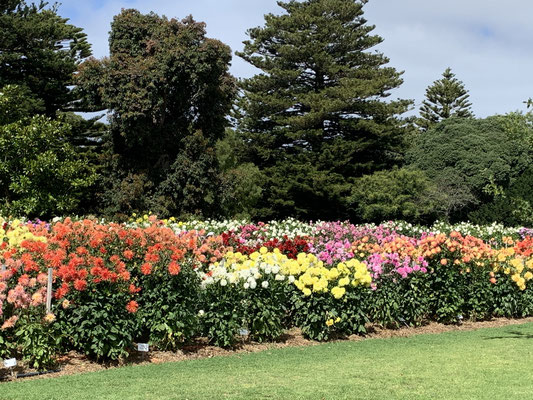 Upon entering, you past by this charming curators cottage, first erected in 1858. The cottage housed the curator and his family. Visitors to the garden could also shelter in there during bad weather. It's now a museum.

It's not too often now that you see a Croquet Lawn sitting in the middle of a botanic garden. In 1868 the lawn was laid out here as the sport was becoming quite popular in Australia. Even today, croquet is still played in the gardens. Tennis was introduced here too, in the 1870's, but the tennis courts were relocated in the 1920's.

The croquet lawn does sit between the borders and roses so nicely, what a little pleasure it must be to play between all the flowers!

A photographers delight, there are 120 varieties of roses laid around the croquet lawn, with floribundas, weeping roses and hybrid teas to enjoy. There are indigenous and native garden beds and rare tree species of Cordyline australis, Wigandia carscsana and Rhus viminalis to enjoy.

The Portland Cable Tram stop is located at the main entrance, there are bbq and picnic facilities along with big old trees to lie under. The gardens are linked to walking trails to the Fawthrop Lagoon and the Foreshore precinct.

Such a delightful treat to get to see these Dahlia's in full bloom. Sometimes you just stumble onto a bit of a surprise and it's so nice!